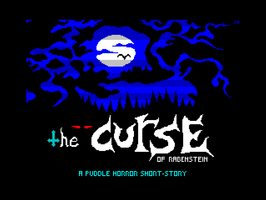 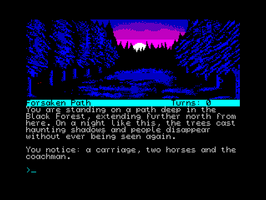 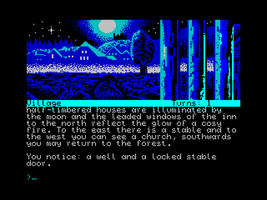 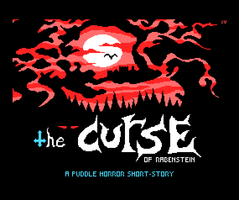 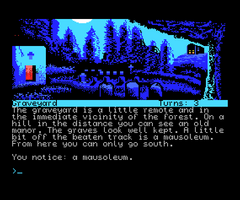 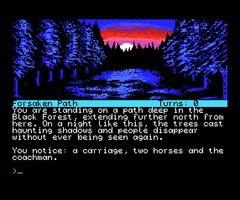 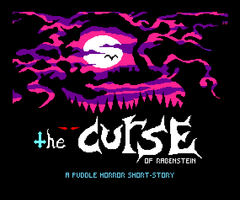 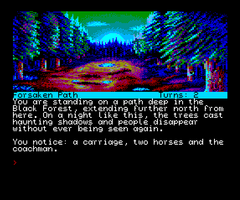 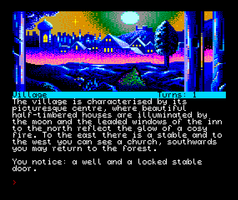 I finally did it. You probably remember me saying in 2020 that due to the lack of an artist that would be able and willing to convert the Rabenstein artworks to Spectrum, I would release the Speccy port as a text-only version (with graphical interface). And guess what? Nobody was really satisfied with said decision. Not me, not the community, not my mum, neither my cats. So after two years of feeling the pain that I didn't go with the Rabenstein Spectrum version where I wanted to, and after long chats with my mate Uto who finally convinced me to give it a try, I pixeled all the images myself, just like I did with the other systems. Spectrum is very different though and it was a great experience that definitely broadened my horizon.  And while I was at it, I thought: hey why not doing an MSX1 version as well? Uto in parallel was working on the MSX2 version, where I provided him with images based on the Spectrum Next edition. And boy, it felt great to go back to Rabenstein and it felt even greater when I finished pixel-binging through the creation process of more than 20 images, completely redrawn for ZX Spectrum, MSX1 and MSX2. So today I am happy to announce that there are now three shiny new all-graphic versions of Rabenstein available, making best use of the corresponding machine's special pixel features. I even added new loading screens as a bonus here. I did not want to port any of the old loaders over. You've guys waited far too long, so you deserve a new loading screen. The Spectrum loader presents in a blue color scheme, MSX1 is showing an omnius red sky and MSX2 comes with a colorful fusion of the two other designs.  And before you ask: no, I did not just port the Spectrum images over to MSX1. Instead I have completely redrawn the MSX1 graphics.

I'd like to thank my friend Uto for all his support, especially for motivating me to finally get my ass up and make a proper graphical Spectrum version, but also for his technical support in creating the new releases. Not to mention that without his tools, none of the new releases would have been possible. I'd also like to thank Natalia for her MSX2DAAD interpreter, which we are using for the MSX2 edition. Finally I'd like to thank to the community for being patient and understanding, for the many many thousands of people all over the world that have downloaded Rabenstein since I released it in 2020.

Get The Curse of Rabenstein

The Curse of Rabenstein

IT is not important when a game release, more important is how it look like. I think you made a great Job.