Hibernated 1 (Director's Cut) is finally out! 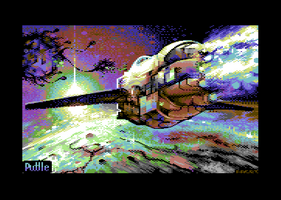 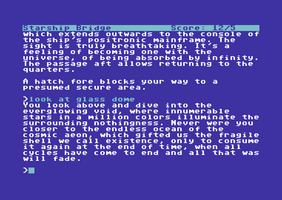 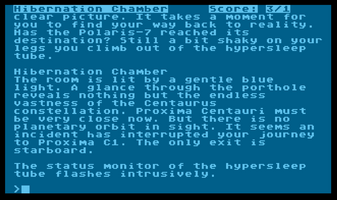 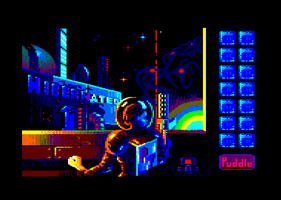 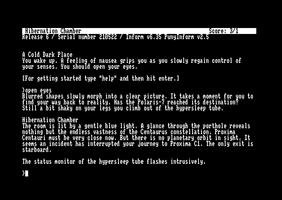 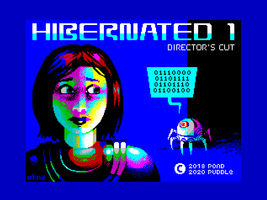 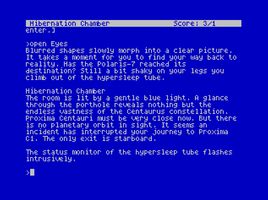 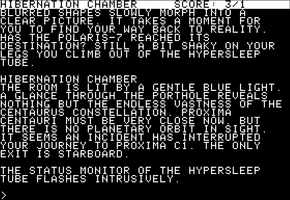 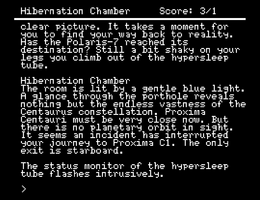 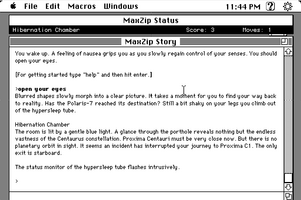 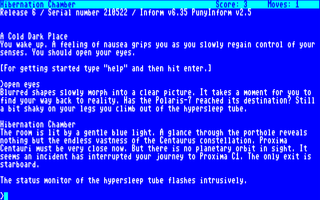 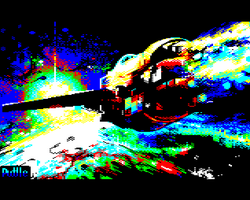 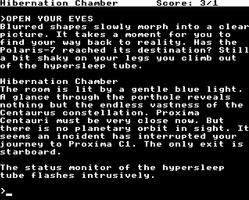 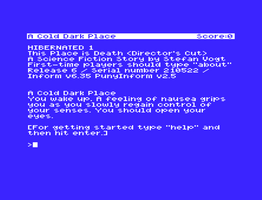 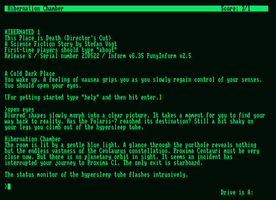 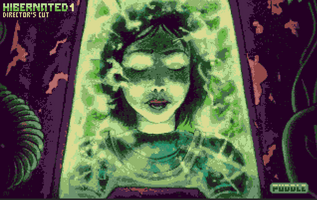 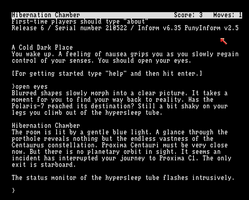 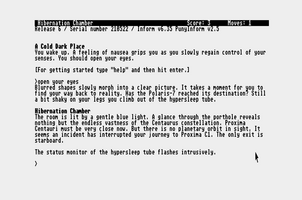 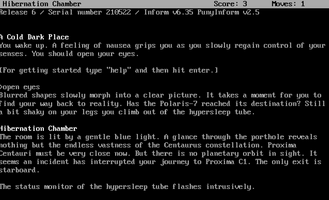 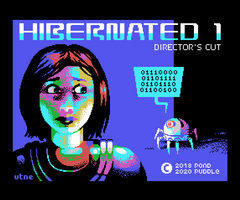 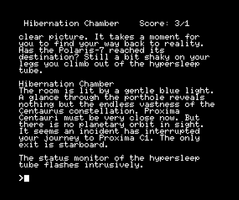 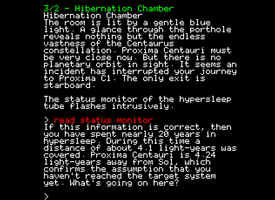 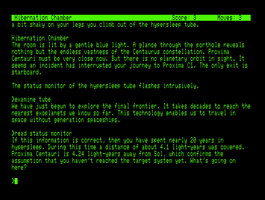 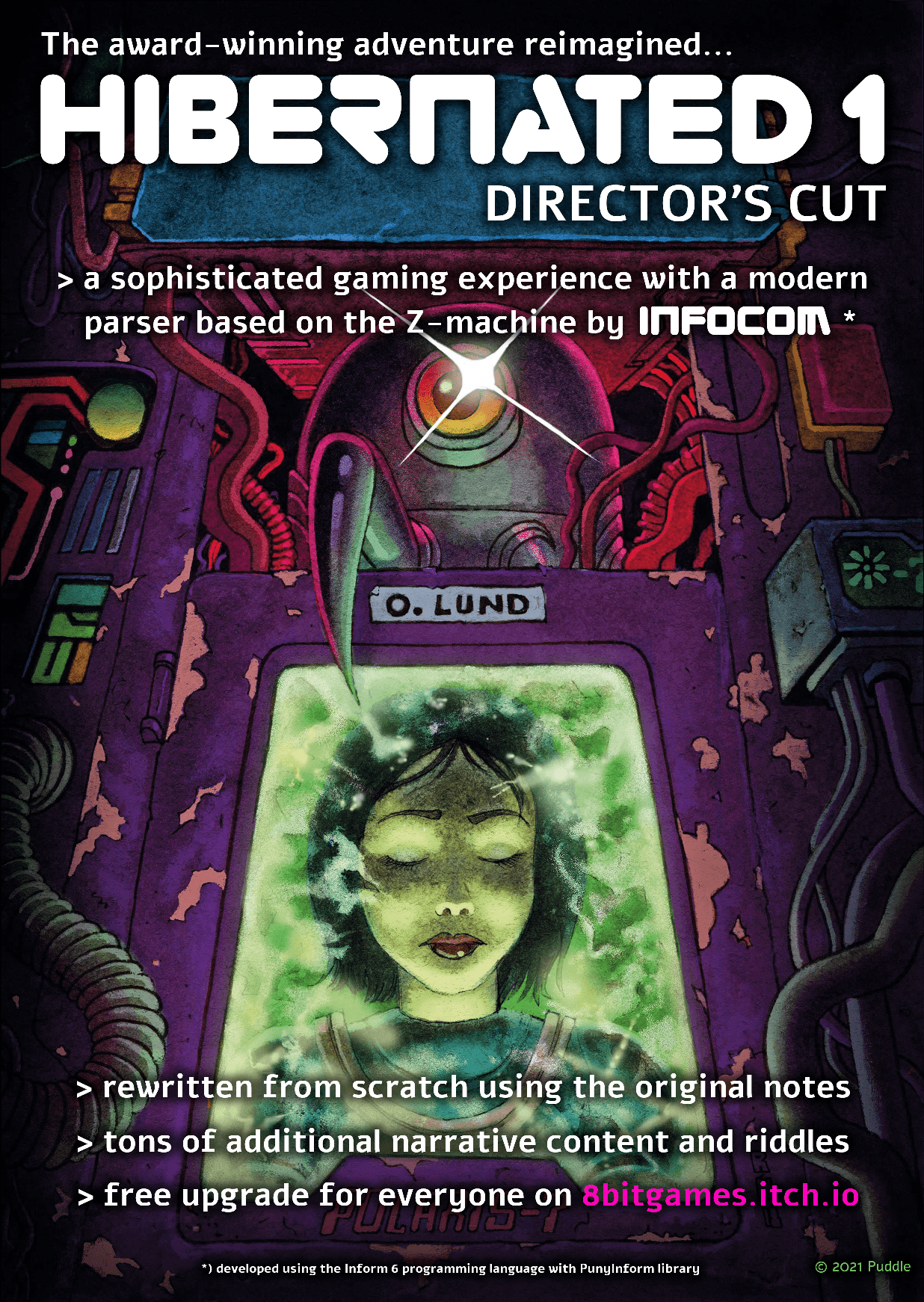 Most of you have already noticed that I've not only been porting the game to Infocom's Z-machine, instead I ended up completely rewriting it. After years, this is now finally the game I envisioned initially. In case you wonder what's the difference between the classic game and the Director's Cut, it's probably this: if you asked the great masters from Infocom to do a complete rewrite of the classic Hibernated game, this would be the outcome. As a side-effect, the game is now available for so many platforms, that I can hardly count them all, more than twenty 8-bit and 16-bit sytstems. After all these years your support and appreciation for the game is still overwhelming. The Director's Cut had been created using my original notes from 2017. Due to engine constraints back then I had to cut out much from the content I initially envisioned. Now add tons of narrative content and new riddles and you get an idea what the Director's Cut really is about. But what am I talking, Olivia is waiting for out there in the cosmic void. AD ASTRA!

<3 The big poster's on my wall still! Looking forward to seeing the story all over again! I finished it ages ago (and the biiig extra adventure), I wonder if my memories and map knowledge will be any good to me in the new version! :3

Also -- if there'll be a sequel some day, very much also looking forward to it as well. :]

If you're going for another physical release, wow -- hope they'll do it!

Thank you so much for your support! <3 Certainly it will, but you will also notice that there is literally so much new stuff in here that you think you're in an alternate reality. And it really is a completely different experience. The conversations with Io alone are 5 times more narrative content than ALL the text found in the classic game. The Director's Cut also fixes a few plotholes and adds so many new memorable scenes and pieces to the story, everything had been completely rewritten, I only kept a few of the location texts, but even those are altered, sometimes more, sometimes only slightly and sometimes completely. The sequel is planned for Q4 this year. Actually the Director's Cut was written with the engine that was created for Hibernated 2. Yes, the physical release will be a redesigned box resembling the Infocom packaging. We will continue to use the old style box but only for the all-in-one Editions where you have every system that the game is available for supplied. Because you can't put +20 disks in an Infocom style box, that's physically not possible :)

Let me know how you liked it once you played DC through! Happy adventuring!