Return of 80 columns on CPC (optional) 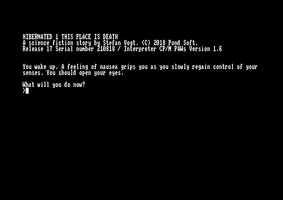 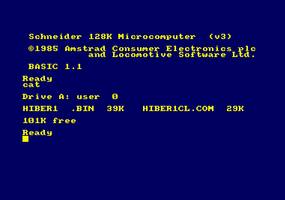 Today we pushed a minor update to the Amstrad CPC port of Hibernated. So what did we do? We brought back the 80 columns (CP/M based) version, in addition to the regular, official release.

Generally we recommend you to play the regular version of Hibernated, as we think it offers the best experience. CP/M fans, however, and all those who would like to see more text on the screen, should definitely try the 80 columns variant, which is absolutely fine. That's why we added it. It's now on the game disk together with the native release. Note that games saved in the regular version cannot be restored in the CP/M version and vice versa.

Owners of late French CPCs with AZERTY keyboards probably know that there were compatibility issues with many games in the past due to the different keymap. When loading the regular version of Hibernated on a French AZERTY CPC model, the M key will not respond, sadly causing the game to be not completable. The only workaround is to load the 80 columns  version, which plays fine with AZERTY keyboards. We might address this issue at a later date. Early French CPCs are not affected as these have QWERTY keyboards.